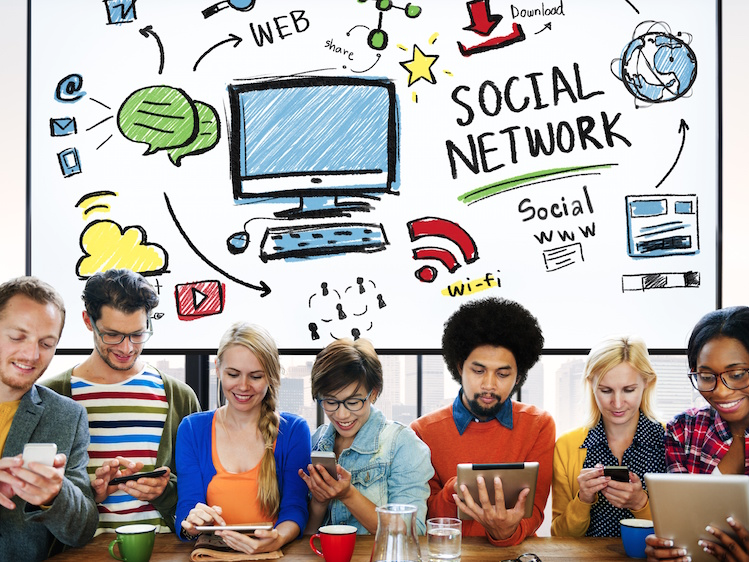 5 Reasons Millennials Should Be Planning Now

From exotic travels to cuddly animals, there’s plenty to prepare for.

USA Today recently reported that Millennials -- those born roughly between 1980-2000 -- would rather enjoy the present than prepare for the future. Similarly, Bloomberg has suggested Millennials aren’t buying life insurance because they’re taking a longer time to hit milestones that usually trigger purchasing a policy -- like getting married and having kids.

It’s no revelation that estate planning isn’t a top priority for people in their 20s and 30s, especially since they typically haven’t amassed the kind of assets folks 10 or 20 years older may have (unless they’re Mark Zuckerberg).

But just because they’re young and poor now doesn’t mean they lack incentive to make thoughtful decisions about the future. From parents to professionals, the key to motivating Millennials to plan ahead is understanding what they value.

When you’re young and unencumbered by a family of your own, the only real limitation on travel is money. For Millennials with financial wiggle-room, physically active and thrilling vacations are generally more appealing than the lazy, leisurely trips preferred by their Gen X and Baby Boomer counterparts.

This preference for the potentially dangerous has an obvious dark side: Whether you’re backpacking through Cusco or deep diving in Laos, the possibility of becoming injured or seriously ill is real.

The Solution: Protect Your Neck

It’s not uncommon to sign a waiver when pursuing dangerous activities like skydiving and bungee jumping — so the risk of severe injury or death has already been introduced to the adventurous Millennial. Their willingness to sign these releases without hesitation can be called on when encouraging them to plan for other things in their life.

For one, suggest they create a simple Will while planning their next trip. Two, spring on traveler’s insurance and share the deets with family -- just in case they hit their head coming down that mountain.

People have always loved their pets, but the internet has given rise to a new level of devotion. From grumpy cat memes to dogs on Instagram, the web is abuzz with pet love.

At the forefront of this craze, Millennials are responsible for adopting more furry companions than any other age cohort according to a recent study.

All this pet-lovin’ raises some important questions: If someone really did hurt themselves ziplining through the rainforest, who would take care of their pet while they recuperated? Would they know about its dietary needs? What about its physical and psychological ones, like exercise, play, and cuddles? Let’s suppose an injury put them in a coma. Who would take care of their pet if they were permanently unable?

If that’s not convincing enough, consider this: While most people regard their pet a part of the family, the law views pets as property. And since only 9% of people with Wills bother including their pets, you can bet many of these animals wind up homeless or in kill-shelters when there’s no willing next-of-kin available.

The Solution: Be Better Than Those Guys

Pet lovers should choose a pet guardian and set up a Trust to ensure their animal’s needs are met lovingly by someone they know and trust.

We’ve all got stuff. If we’re lucky, some of it even means something -- either because it has sentimental value, is impossible to replace, or cost a pretty penny. Vintage stuff tends to satisfy all three, and Millennials are pretty smitten with most things vintage.

From the rise of old-timey brick-and-mortar shops to online shopping sites like Etsy, Millennials are soaking up yesteryear like it never went out of style. And much like the generations who originally owned them, Millennials will leave behind a slew of old typewriters, 35mm cameras, vinyl records, and 80s-does-40s dresses that deserve new homes.

If someone’s most cherished possessions are as old as (or older than) they are, they’ve probably got ideas about what they don’t want happening to their stuff already. But how many know what they do want? Once again, creating a Will remains the best way to ensure one’s favorite things are given to people (or organizations) who’ll treasure and respect them accordingly.

When it comes to using online services, Millennials are veritable pioneers. Born in 1980, most entered high school as the web became a public space. The rest entered high school as social media gained serious momentum. In between, they registered accounts with LiveJournal, Xanga, GeoCities, and many other less memorable sites long before most people cared about creating a "presence" online.

Except they don’t. As we’ve outlined before, there’s no federal law requiring a site like Facebook or Twitter to “unlock” or permanently delete an account when someone dies. Instead, their survivors will typically endure a lengthy verification process which requires them to mail or fax a copy of the death certificate (usually among other documents) to the company before they’ll even consider relinquishing control. This means that any number of accounts one uses could remain “active” and visible for years after they’ve gone, potentially haunting their friends and family. Would a Millennial (or anyone) really want to put their loved ones through either ordeal?

Since a recent study found that Millennials are almost as worried about people they don’t really know being able to find out personal information about them as they are about their identity or financial info being stolen, we’re guessing the answer is no.

The Solution: Be Your Own Digital Boss

Millennials with privacy concerns should take inventory of all their digital assets and decide what they’d like done with them. Then they should choose a trustworthy, tech-savvy person -- another Millennial, perhaps -- to do the dirty work. This will be their Digital Executor. When federal law finally catches up to the state of the web, they will have already created a Digital Estate Plan. How Millennial of them.

Millennials Don’t Plan To Die, But Will

In the previously cited Bloomberg article, 31 year-old Usman Ahmad echoes the sentiments of many a Millennial when explaining his decision to not buy Life Insurance: “I’m not planning on dying anytime soon,” he says. “So it’s a waste of money.”

To some extent, he’s right -- purchasing life insurance at 30 probably isn’t fiscally sound for most -- but how many people plan on dying?

Not many do, yet so many die before they should, a fact that underscores the very nature of death: It’s not some gruesome trip to the dentist you can delay indefinitely. It’s more like an unsolicited Uber that’ll one day, without a doubt, come over to collect -- whether or not you’re ready to go.

The Solution: You’re Not Immortal… Deal With It

When confronting mortality, focusing on general wishes first is choice. A person doesn’t need to plan their funeral to perfection, but knowing if they want their body buried, cremated, or donated is a starting point sure to get anyone thinking.

For Millennials especially, an inclination towards making both the intimate and mundane moments in their lives a matter of public fodder can prove useful. From choosing the songs they want played at their memorial service to deciding on green funeral options, acknowledging their own mortality can actually be an expressive (and possibly fun) endeavor.

We already plan for and fantasize about dream vacations, weddings, and homes. Is a “dream funeral” really so far-fetched?

P.S. You really should try out your own Everplan.

It's really simple to set up, it's free as a service from Webster Investment Advisors, it is totally confidential, and it can make a world of difference for your family if something happens to you. Contact us to set up your Everplan now.

Do you really know how to quantify the risk in your portfolio?  Do you know how to calculate the risk you are emotionally willing and financially able to tolerate?  At Webster Investment Advisors we implement a psychometric-based process to first understand your risk-reward expectations, and then overlay the historic actual risk of your portfolio holdings to make sure they are in sync.  From there, the conversations just begin…

FOR SEVERAL QUARTERS NOW WE HAVE CAUTIONED OF STOCK AND BOND HIGH VALUATIONS and of high inflation and rising interest rates. Fortunately, we have positioned client overall portfolios accordingly and have through diversification...

WIA BELIEVES | Inflation is the Driver of Market Volatility

Markets remain extremely volatile with 1% - 2% moves in market indices happening almost daily. Yet for all the market noise and volatility, this remains a broadly uncomplicated market. Following I’d like to add some perspective...

WIA BELIEVES | Not Out of the Bear-filled Woods, Yet

In my WIA Believes a couple of months ago I discussed "Addressing a Growling Bear" and ways to maintain patience through taking comfort in portfolio diversification.  While we are currently in a stock market rally, not uncommon...

Get Financial News & Updates Delivered to Your Inbox